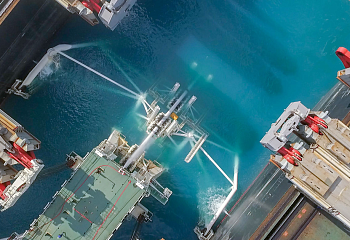 This was stated by the CEO of the Russian  Gazprom Alexei Miller. He added that the blue fuel will flow to Turkey by the end of next year.

The international project "Turkish Stream" is a gas pipeline that is laid from Russia through the Black Sea to Turkey. It will consist of two strands and the first one will deliver gas to Turkey, while the second will deliver gas to a number of European countries. The throughput capacity of each strands will be 15.75 billion cubic meters of gas per year. The pipeline runs from the Russian Black Sea city of Anapa to Kıyıköy in Turkish Thrace.

No smoking: Turkey is struggling with bad habits
1700

The saffron harvest started in Turkey.
1286

-Made in Turkey- on all Turkish products
1294

Turkey to use lira in property purchases, sales, rents
1304

Antalya invites you to refresh yourself in the Ice Museum
1369