Changes in the law on the principle of reciprocity
5537 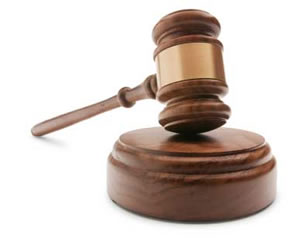 The foundation of the Reciprocity principle was approved by the Grand National Assembly of Turkey in May of 2012 and is waiting for approval of the list of the Council of Ministers. According to an updated list, up today the number of countries from where it is possible freely to buy a property in Turkey increased from 53 to 129. For 52 countries there were introduced special restrictions and acquisition of special permissions.

Syria, Armenia, North Korea, Cuba, Nigeria and Yemen are not included in the 181 countries. The citizens of these countries are not allowed to buy property in Turkey. To regulate the expected explosion of real estate sales, there are restrictions – to buy not more than 1 property for China, Denmark, East Timor, Fiji, and Israel (the relations with Israel have come to the point of rupture). Jordanians are limited to own not more than 2 realty and 1 commercial real estate premise.

There are special conditions

The most notable aspect of regulation is that special conditions for some countries like Russia and Ukraine, especially the point about "Black Sea territory" remains unchanged. The citizens of these countries have the right to buy real estate outside the Black Sea. In the free zones of the Turkish coast, now citizens of Russia have the right to acquire land not only in town but also in the rural areas (more precisely in the places where there is no city layout, no Imar). This fact is most interesting for Russian investors; before the land could have been processed only for artificial person.

Greek citizens will also be given the right to acquire freely real estate in Turkey, except in a "coastal and border areas with Turkey." Special conditions imposed for Greece showed that so far, between the two countries there is valid concealed reciprocity.

The obstacles are eliminated

Barriers were eliminated for Arab countries: Saudi Arabia, United Arab Emirates, Kuwait, Lebanon, and the Turkic republics of Central (Central) Asia, from where the large income stream is expected. Citizens of Azerbaijan, Kazakhstan, Tajikistan, Kyrgyzstan and Uzbekistan have the right to freely buy property in Turkey. From sources it is known that the Arabs are willing to buy real estate especially in Istanbul and Antalya without waiting for the entry into force of the decree. The output of the decree is really expected in construction sector.

16 countries need the permission from the Ministry of Internal Affairs

In the decision, the signing of which is to be completed in the Council of Ministers, citizens of 16 countries need special permission. E.g. citizens of China, Palestine and India, when buying property in Turkey, have to get special permission from the Ministry of Internal Affairs. Iraqis should preliminary apply to the Ministry of Foreign Affairs.

For the implementation of the principle of reciprocity, everyone is expecting the approval of the Council of Ministers decree. According to the decree, subject to the restrictions and the countries identified by the Council, the sale of real estate by foreigners is restricted by certain conditions. According to this, the number of real estate and property rights of foreigners should not exceed 10 percent of the area of the region and 30 hectares per capita within the borders of the country. Foreigners and commercial organizations acquired unstructured property, within 2 years are obliged to develop and submit development projects on this real estate to the relevant ministries for their approval.

No smoking: Turkey is struggling with bad habits
1370

The saffron harvest started in Turkey.
1072

-Made in Turkey- on all Turkish products
1088

Turkey to use lira in property purchases, sales, rents
1103

Antalya invites you to refresh yourself in the Ice Museum
1148