Citizens of 165 countries want to work in Turkey
948 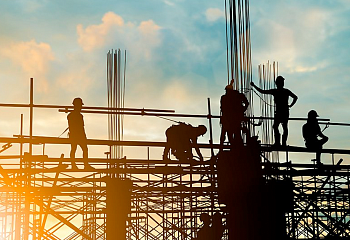 In Turkey, the number of foreigners who come into the country to work is growing every year. According to the Ministry of Family, Labor and Social Security of Turkey, , 97 thousand foreign citizens were employed for 10 months of this year. 5 years ago this number was three times less.

The most active were residents of Syria, Georgia, Kyrgyzstan, Ukraine and China. Representatives of these particular countries build now the biggest group of people working in Turkey.
Note that the entire application for a work permit this year was filed by citizens of 165 countries of the world. Of the 122 thousand applications, only 25 thousand refused.

No smoking: Turkey is struggling with bad habits
1214

The saffron harvest started in Turkey.
951

-Made in Turkey- on all Turkish products
987

Turkey to use lira in property purchases, sales, rents
992

Antalya invites you to refresh yourself in the Ice Museum
1002