Unsuccessful upheaval made Turkey even more popular for investors
2685 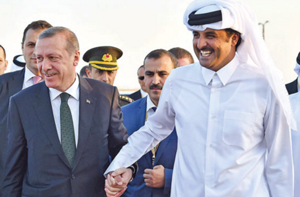 One of the news Turkish portals, Haber7, has recently published analytical material related to long-term investments to Turkish economy. According to the latest data, during six months significant inflows into the Turkish economy are expected. According to experts, Saudi Arabia and Qatar may invest in investment projects about $ 250 billion.

The Turkish president, Recep Tayyip Erdoğan, reported recently in his speech to journalists that they took all measures to prevent economic crises. And today it’s safe to say that the measures turned to be successful.

The biggest investment on the part of Arab countries

In 2015-2016 many Arabic courtiers tended to invest in Turkey. By the way, such enthusiasm is easy to explain. The thing is that during recent years the Turkish economy shows stable growth that is why contributions to one or another investment projects yield good dividends. In the nearest half a year Saudi Arabia and Qatar may invest in Turkey $ 250 billion. According to Arabic investors, the Turkish economy has a good chance to earn a good amount, approximately $ 200 billion, for 2016 in regard to investments.

Qatar economist, Amir El Busleme, says that Turkey has a very strong economy and interfacing political structures. He also supports existing legitimate authority. The economist noted that the first "investment phase" of $ 50 billion is to be realized in the near future. In the long term it is referred to investments in the sum of 250 billion.

According to the newspaper, Haber7, only Qatari businessmen invest in the Turkish economy about $ 1 billion a week. Investors from Saudi Arabia did not change their plans, either. They also continue to actively participate in economic projects.

Summing up, it should be said that the rebels undertook the upheaval wanted to destroy the Turkish economy, but they failed. And Turkey, in its turn, proved to be a strong, cohesive state, becoming more attractive to foreign investors.