Turkey: A country with a bright future
1549 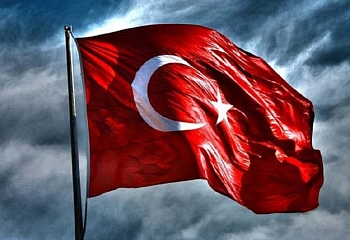 Turkey is a bridge between Europe and Asia. The key country of the region. A country with great opportunities, prospects, and a bright future.

The Turkish republic is an uneasily stable state with a constantly developing economy.
This year, the GDP is expected to grow 3.5%. Given all sorts of cataclysms, this is a very good result, especially on the background of partner and neighbor countries.

The results of the development of Turkey in the last decades are very impressive.

Turkish universities are increasingly included in the TOP best universities in the world. And among the Muslim countries, Turkey occupies a leading position. Over the past 13 years, the number of universities in Turkey has increased from 98 to 193. There is a university in every province and the students are not just Turkish, there are many students from Asia, Middle East, Europe and the United States.

The development of medicine is at the maximum accelerated pace. Turkish medical centers are the best in Europe. Therefore, health tourism is developing very actively in the country. For example, almost all of Europe gets eye operations in Turkey caused by the highest quality and affordable prices. The largest clinic in Europe with 1253 opened up in Mersin not so long ago. And until 2021, it is planned to modernize all the medical institutions of the country and build several more large, modern complexes.

Since 2011, Turkey is one of the most industrialized countries of the world. Here, almost everything is different. Household appliances, electronics, food, clothing, furniture and even medicines in the southern republic are trying to be produced. Firstly, all of this allows creating jobs for the population, and secondly, it replenishes the budget. At the same time, attention is also paid to the imports: Turkish goods are in demand all over the world.

And in this sphere, Turkey aspires to take the leading positions. One of the ambitious projects is the creation of the Silicon Valley. In the development of high modern technologies amount to billions of dollars with investments in the IT sphere. Also, with such a serious approach, Turkey has every chance to become an advanced high-tech country.

Another priority topic. Today, more than 90% of the country’s population is concentrated in Turkish cities. Turkey is actively being built, small settlements are turning into modern megacities. This means that the standard of living is also growing. Therefore, Turkey is very attractive in terms of purchasing real estate. Foreigners annually acquire thousands of objects and move to Turkey for permanent residence. In Turkey, another huge airport is being built and a tender has been announced for the construction of a three-tier tunnel under the Bosporus, and Turkish builders are in great demand abroad where they erect both residential and public buildings.

One of the global goals of Turkey is to become the 10th largest economy in the world. And it is planned to be done in the near future, by 2023, the century of the formation of the Turkish Republic. Today the country occupies the 17th position.
Another goal is to turn Istanbul into a financial center of the world along with London, New York, and Tokyo.

And the process is already running. For example, the Istanbul Stock Exchange "Borsa Istanbul" is one of the fastest growing stock exchanges in the world. Turkey's shares are rising record!

Close attention is being paid to Central Asia and the countries of Africa. The population of these countries are huge, they are interested in investment, assistance both in political and cultural support. Turkey willingly helps and receives help in return. High-ranking officials often visit Kazakhstan, Uzbekistan, Kyrgyzstan and African countries. They sign mutually beneficial contracts, conclude multimillion-dollar deals. Partnerships and friendships are being strengthened at all levels. And this is very important! Because, no matter how strong the country is, a country with no communications with other countries cannot survive in the modern world. Therefore, Turkey is trying to establish contracts with all of them. This is very far-sighted and ultimately will bring positive results.
"Multidisciplinary" economy

Turkey perfectly copes with "versatility" in its economy. The tourism is actively developing. And also, the production of textile (sold for billions of dollars), and furniture (the leading position in Europe) is active as much. New deposits of minerals are being developed. A huge amount of housing is being built. Turkey has a new skew in any area. And even if one of this spheres catches up with a crisis (like tourism in 2016), this won’t be reflected significantly on the economy of the whole country.

Turkey can be called "the country of the future".

There is a place for everyone with huge choice spheres of employment in it.

It has excellent conditions for children, pensioners, businessmen, and holidaymakers.

Perhaps there is no other country with such a huge potential. Turkey is a place where you can enjoy a decent, stable and confident life in the future.